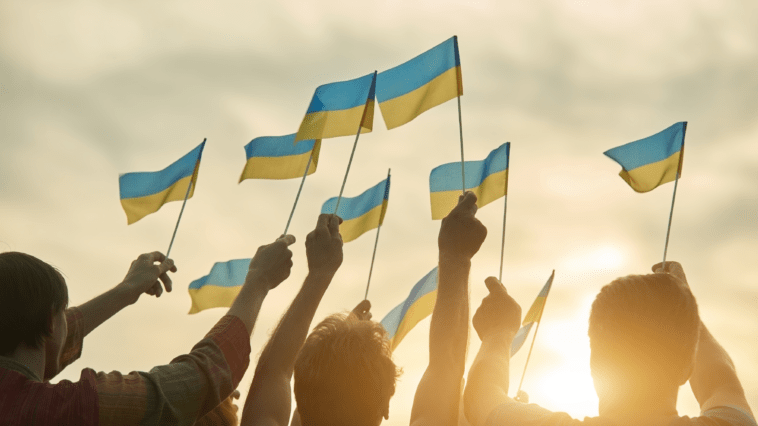 Recently, our Blackhawk family had the opportunity to give financially to support Ukraine. And the response was overwhelming! We were able to send $17,700 to Josiah Venture, one of our ministry partners currently on the frontlines of the Ukraine crisis.

Below is a response from Dave Patty, Josiah Venture President, with news of how our gifts were used. How encouraging and exciting it is to hear what God is doing and will continue to do through the generosity of our Blackhawk family! We are so thankful for this opportunity to partner with Josiah Venture to spread the love of Jesus to so many hurting people.

Please join with us as we continue to pray for the people of Ukraine and those who are loving them in the midst of such crisis and pain.

The war in Ukraine has already lasted six weeks. We can’t even comprehend the untold destruction and heartache that unfolded in this short time. Thousands have been killed, entire communities destroyed, and so many lives have been altered forever.

In the midst of this heartache, you have responded with both compassion and generosity to these pressing needs. I want to personally thank you for your heart for hurting people in Ukraine, and for your generous gift to our crisis response.

Our team has worked relentlessly for these past weeks to be the hands and feet of Jesus to Ukrainians in need. We are working with seven hubs in Ukraine where supplies are being distributed, people are served, and refugees are channeled to safer locations. In the surrounding countries of Poland, Czech, Slovakia, Hungary, and Romania our teams are laboring to transition refugees into semi-permanent locations, as well as purchase and transport food and medicine all the way back to the front lines.

Here are some of the specific outcomes of your investment:

Each one of these activities is touching precious people with real names and deep needs. Here are some of their stories:

‘When Russia declared war in February, we found out about the full-scale invasion from my brother. He called to say it had started again. He said that all the airports, including our hometown Kramatorsk one, were bombed out. My first reaction was disbelief. The next, ‘How do I get my family out?’ They didn’t want to leave. My parents are in Kramatorsk to this day. They are taking care of my bedridden grandmother. 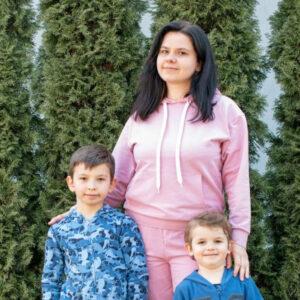 In addition, like many of their generation, my parents didn’t want to leave their home and be dependent on strangers. I thought, ‘Can you save your home from a bomb? You can save it from marauders, but not from missiles.’

Over the first couple of weeks of the war, many people came through Lviv. Over 50 people have stayed in our house on their way out of the country, both friends and total strangers. When Lviv got bombed, I left with my two sons. My husband, who is of draftable age, stayed behind to help with the constant incoming flow of refugees. Right now, thinking of him, I miss my husband. We have never been apart. It feels like half of me is not even here.

But some are worse off. My kids here can play on the swings and in the sandboxes, but other children (in this war) have nothing to eat or drink. Even though we are traveling on to Norway, we still plan to go back. When Ukraine wins, we will go to Lviv. We will gather again at my parent’s house in Kramatorsk.

I have peace and thank God that he has given us the church family worldwide to support us. Part of me also thanks God that I lived through what I did in 2014 so I can have empathy for those who are experiencing instability for the first time right now. This, for Ukraine, is a chance for spiritual revival. Even for Russia, though, that may be hard to believe right now.

I am waiting for a miracle—like the first time (in 2014)—when the Russians up and left. I hope it happens again.”

“I am from Ternopil, and I have cancer. I have been battling it for several years now. In the fall, I had a serious transplant that compromised my immunity. I was very sick for several months. In January, I began recovery therapy. I was supposed to start the next phase of treatment with new medicine on the 1st of March. That appointment never happened. 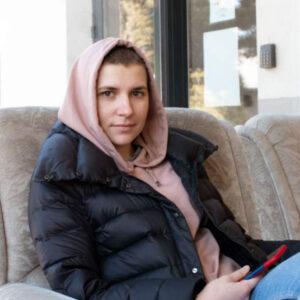 Instead, the road to the hospital where I was being treated in Kyiv got bombed. The warehouse holding the expensive medicine I was supposed to start receiving in Kyiv also got bombed.

There are only four specific machines in all of Ukraine that can administer this medicine to me. All of them are in Kyiv. It was then that I realized I had to leave. So I found some volunteers in my hometown Ternopil who were evacuating people. They put me on a direct bus to Poland.

Now I am here seeking treatment. My March 1st appointment is a month overdue. All I can do now is wait for a hospital in Poland or Germany that will take me for treatment. As I wait, I think of my husband and brother, whom I’ve left behind. Every day I ask my brother, who is on the front lines in Mykolaiv, ‘How are you?”’All I need to hear is two words from him: ‘I’m ok.’ 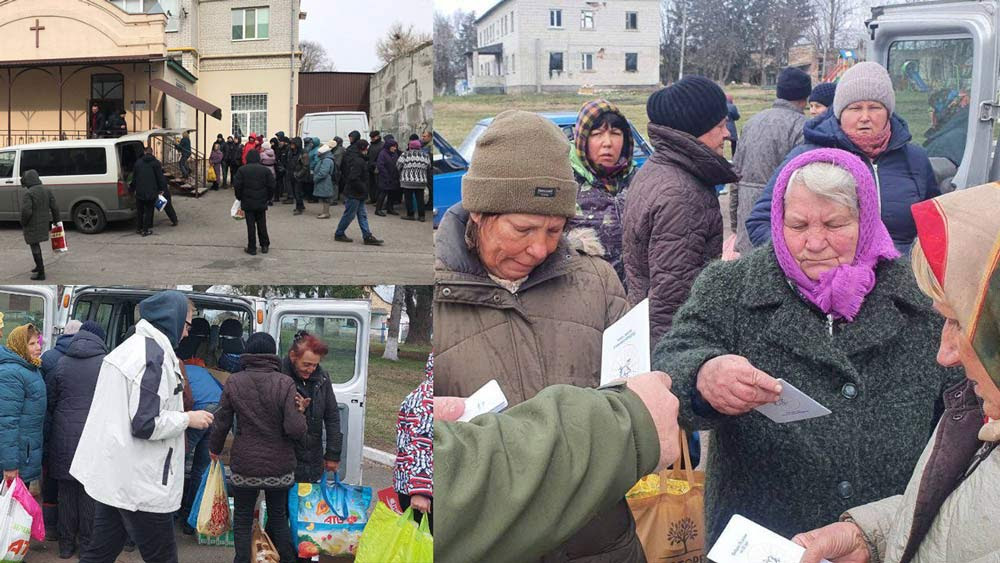 Last Wednesday our aid reached the Makariv region (near Kyiv) and the city of Vorzel. All of these areas were severely affected by the presence of Russian troops. The people there greatly suffered. We were able to unload food, medical supplies, and a Ukrainian Bible study on the Psalms and the gospel that we created. 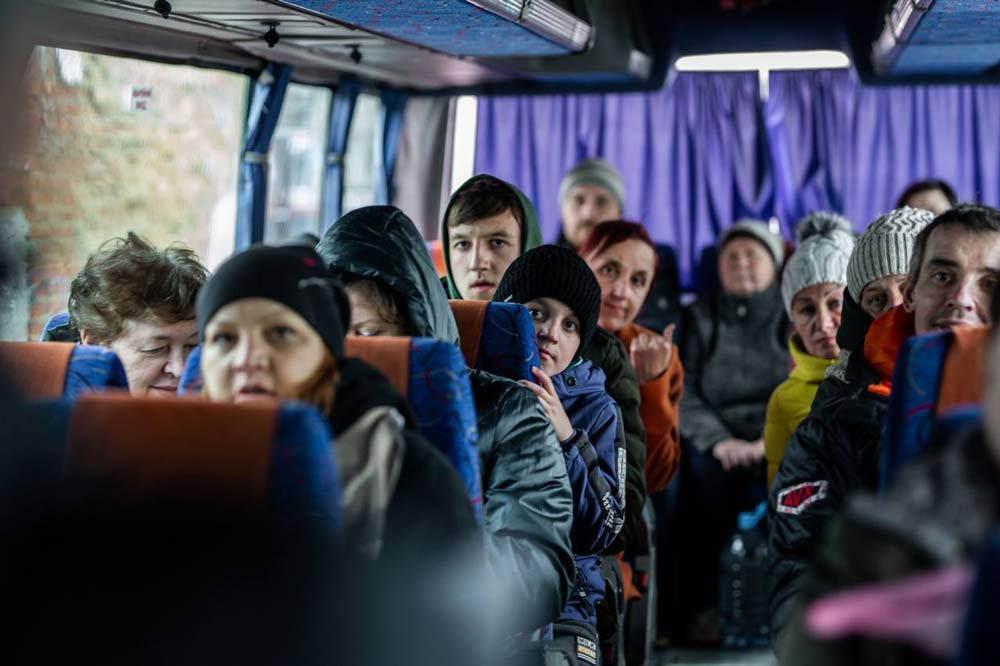 Our 43rd bus recently left our Lviv church base and is headed for our retreat center in Poland. So far we have moved over 2,300 refugees out of Ukraine and connected them with care and long-term housing. 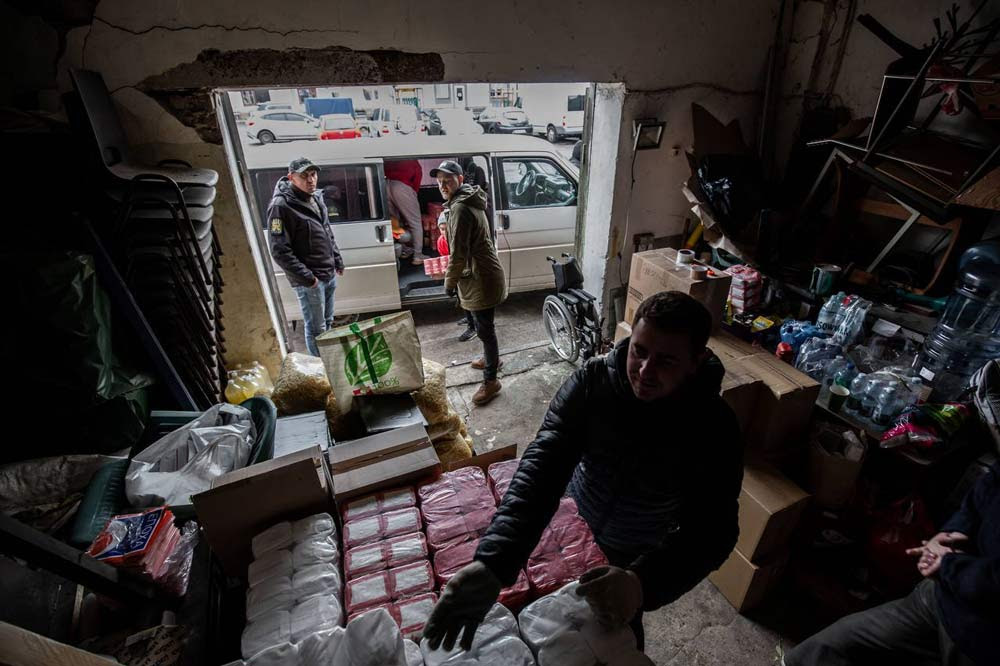 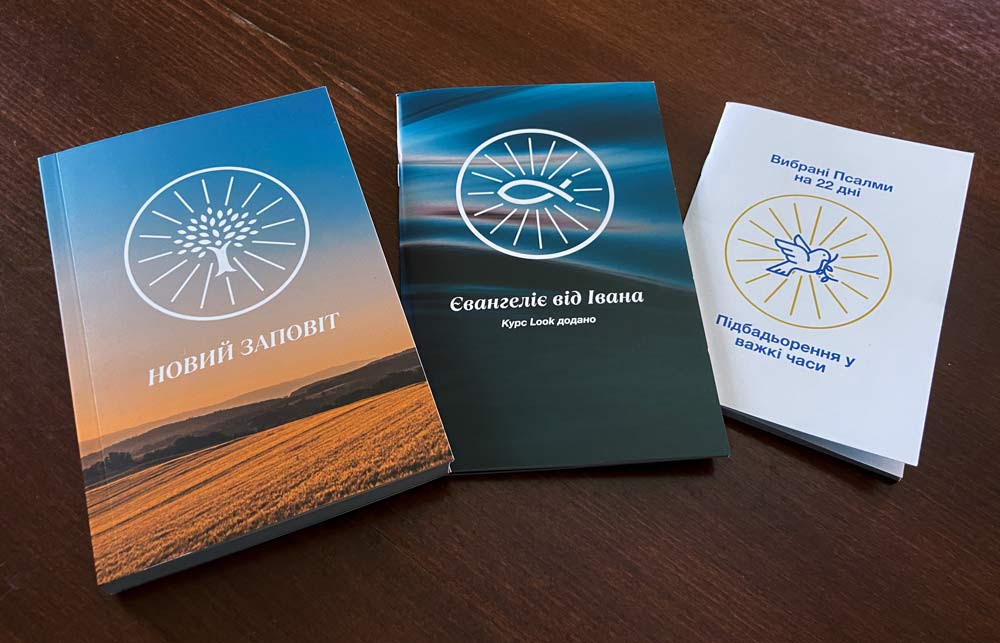 We have designed and printed several giant pallets worth of Ukrainian New Testaments, John’s Gospels, and Psalms studies, all containing clear explanations of the Gospel. Not only have refugees been receiving these, but also we’ve been distributing them with the food and medical aid we are sending out into hard-hit areas of Ukraine.

Thank you again for making this possible through your gifts and prayers.

Because of His love,

CLICK HERE to learn more about Josiah Venture and how you can continue supporting this ministry! 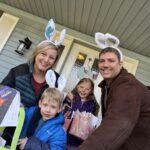 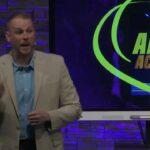