What is Vision Sunday?

Vision Sunday is an annual Sunday where our church services are focused on three things: where we have been, where we are, and where we are going. We look back at our previous year of ministry to celebrate all God has done but primarily focus on God’s vision for His church at Blackhawk moving into the next year and beyond. It’s a special day for all Blackhawk family and all who are interested in joining us on the journey! We also hold our annual church business meeting following the last service to affirm our leadership (elders and deacons), new fiscal year budget, and cover any other needed church business items.

When is Vision Sunday and our annual church business meeting?

Our annual Vision Sunday will take place during both our 9am and 11am worship services on Sunday, May 22, with our annual church business meeting following at 12:00pm.

Will Vision Sunday be online and in-person?

Yes! As always, our 9am and 10:45am worship services will be both in-person and online through all our streaming platforms. The annual business meeting will begin at 12:00pm and be approximately 30 minutes in length. This gathering will take place in the worship center for those attending in-person or online through blackhawkministries.org (click the “watch live” button beginning at 12:00pm).

Who should attend the business meeting?

All church members are highly encouraged to attend, and anyone interested in learning more about Blackhawk is welcome to join us too.

What are we voting on this year?

We will vote on two items at this year’s business meeting:

Each of these items can be found in this guide.

How will I be able to vote this year?

Only active members of Blackhawk Ministries who are 18 years of age or older can vote. Church members can vote through hard copy ballots on May 15, by calling the church office, or in person during the business meeting on May 22. Anyone unable to attend or who may be uncomfortable voting online can also call our church office at 260.493.7400 for alternative options for voting.

What if I have questions?

We are a church that works very hard to operate with transparency and integrity. We welcome any questions and encourage you to use the multiple venues we have to get them answered. You can either reach out to the church leaders listed below for individual communication and/or the church leaders that are available in front of the stage at the conclusion of the service. Keep in mind that we do all of our discussion prior to Vision Sunday through these avenues. 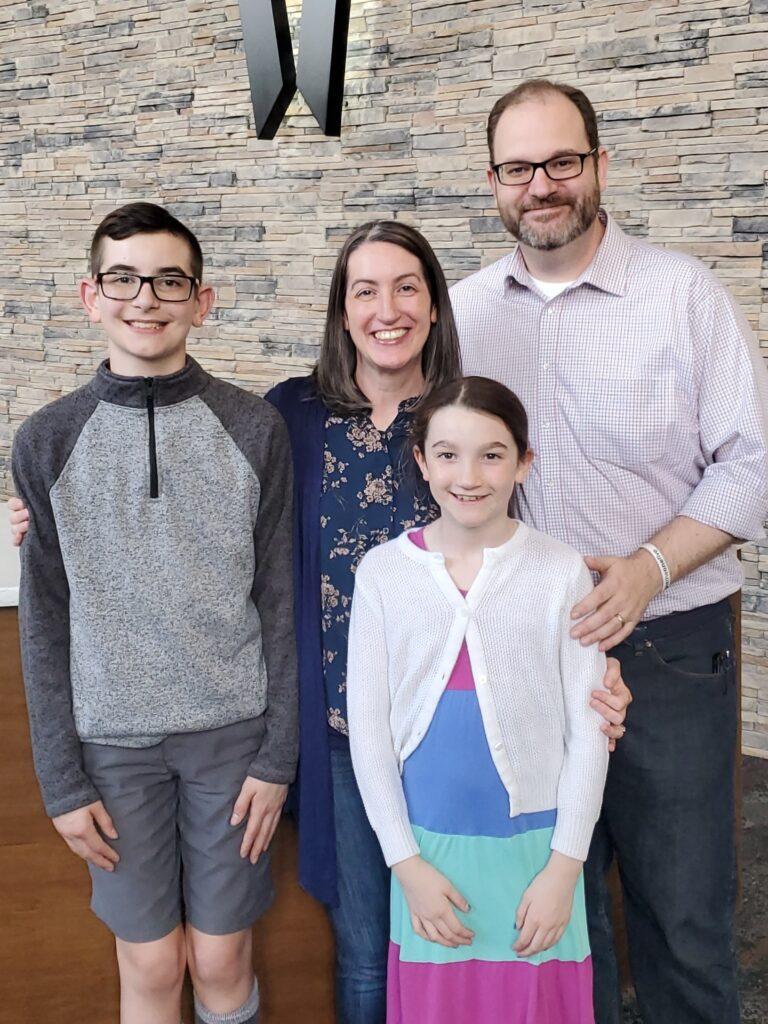 Hello Blackhawk family! My name is Chris Cloud and I have the privilege of being a candidate for elder of Blackhawk Ministries.

I grew up in a Christian home and came to faith in Jesus Christ in elementary school. In my teens and early twenties, I was a sponge for doctrine and Bible knowledge, good things for sure, but my relationship with Jesus was focused more on my head than my heart. However, in my late twenties and thirties, I came to understand the full meaning of God’s forgiveness of sins, the comfort of God’s Word to a broken heart, and the tangible presence of the Holy Spirit in my daily walk with Christ. As God continues his sanctifying work in me, I’m learning to find my full identity in Christ, to find more and more areas of my life to put under his authority, and to abide in his love and not be so quick to forget his past faithfulness.

God has used my roles of husband and father to help smooth out my rough edges. Mandy and I have been married for nearly 18 years and her gentle spirit and vibrant faith have been such a blessing to me and our children. Camden (12) and Ellie (10) are active, bright, fun-loving kids who love Jesus. It has been a tremendous blessing to baptize both my children here at Blackhawk. We have been members since Fall 2019, but have been part of the BCS family for many years. Mandy and I are active in Bible Study Fellowship and have a heart for supporting missionaries in their calling.

I would welcome the opportunity to be an elder here at Blackhawk. I have a heart for shepherding, and enjoy using my spiritual gifts of teaching and administration to serve the local church. We have appreciated Blackhawk’s focus on Biblical teaching and asking members to “Light the One Five”. 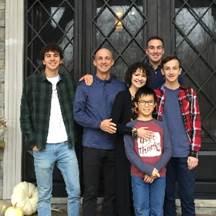 I have been married for 21 years to Melinda, a beautiful woman who challenges me to become a better man of God. We have 5 boys: Donovan 20, Gabriel 18, Jadon born and deceased in 2005, Brennan 15, and Samuel 11. We have been members of Blackhawk for 15 years, serving as an elder at Blackhawk for the last 5 years.  I have served 6 years on the Blackhawk Christian School Board and 10 years as a BCS Cross Country and Track Coach.  My family serves in Blackhawk Kids Ministry, we co-lead a LIFE Group, and provide community service with Neighborlink. We are humbled to see God’s faithfulness, His provision, and the refining He has showered upon the church and it’s ministries. We are very encouraged by how unified the church and Blackhawk Christian School have been, with Christ at the center of it all.  We are excited to be a part of how God will use both to bless the community He wants all of us to reach. 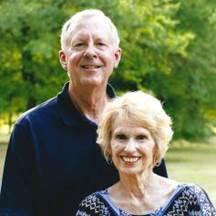 My wife, Sheri, and I  have two daughters, Pam and Peg, who both attended Blackhawk Christian School. We have a son-in-law, Brandon, married to Pam, and their 3 daughters, Analise, Maisie, and Sadie. They live in Kearney, Nebraska while Peg resides in Ft. Worth, Texas. I am a retired music educator having taught at Jefferson Middle School for 40 years. I also coached track and volleyball at the school, plus 22 years of club volleyball, and 15 years as a volleyball official. We began attending Blackhawk in 1976 where I served in the music ministry, being a part of the choir, Blackhawk Singers, and the Mensingers Quartet. In 1992, we felt called to be a part of a new church plant in Ft. Wayne. We were involved in that ministry until 2016 when we felt the Lord’s leading us to return to Blackhawk.  Sheri and I also serve as staff volunteers for Turning Point Ministries and Dr. Jeremiah. In addition, I serve as a First Impressions greeter and as a co-leader for a men’s bible study life group. I love serving our church as we seek to Light the One Five. 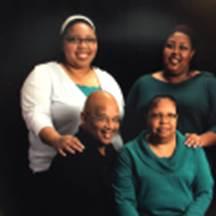 Sheryl and I have been married for 39 years and have 2 daughters: Rachel and Vanessa, one son-in-law James, one grandson James Phillip. We have been members of Blackhawk for 5 years and serve in Marriage Matters, Double Exposure, Cub Scouts, and Church Security Team. We are excited about the worship experience and serving in a church where lives are being changed each week, and the life community where we can connect with other believers. 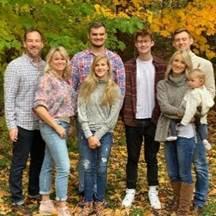 Lynnette and I have been married for 28 years. We have four amazing children – Jordan, Weston, Jackson and Alena. We’ve also been blessed with a loving daughter in-law, Kayla. One granddaughter (Leah) with a grandson (Owen) due in July.  All of our children have attended BCS since kindergarten. Lynnette and I are also graduates of BCS.  I’ve been attending Blackhawk for over 40 years and Lynnette has for over 30. We’ve had the privilege of serving in Blackhawk Kids Ministry, various life groups, church security team, Blackhawk Elder board, BCS school board and Renew board.  God has sustained and blessed us over the many years at Blackhawk and we are excited to see what he has in store moving forward. 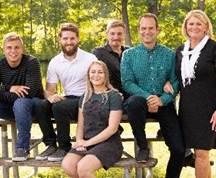 My wife, Jessie, and I have been married over 25 years. We have 3 sons: Brooks, Jake, and Luke. All 3 attended Blackhawk Christian School since kindergarten. Luke will graduate in 2020, giving us 3 BCS alums. Later this year, Brooks will marry his fiancé, Stacie, and we will have a daughter-in-law. We have attended Blackhawk since December 1995, just 2 months after moving to Fort Wayne. Over those years, I have been involved in Blackhawk as a Sunday School Teacher, a Youth Basketball Coach, and a member of the Sunday Morning On-Stage Team. Jessie has been an Art Teacher at BCS for the past 10 years. We love Blackhawk because Jesus is at the center of everything the church does, and the people of Blackhawk are so warm and loving. This congregation helped make Fort Wayne our home, despite not being born and raised here.