During the Finding Jesus 30-week series, the Digging Deeper questions will have two sections. The first section will be questions related to the sermon delivered each week and the passages/content covered therein. The second section will be questions related to the larger sections of Scripture covered by The Story, which highlights 30 sections of Scripture to tell the one continuous story of the Bible, and serves as the outline for the series.

Elder Curtis Smith delivered the sermon and began by relating his message to two questions – Who is God? Who are we? 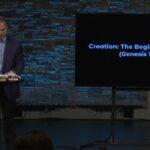 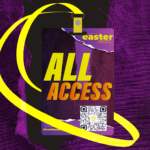 Who Then is This