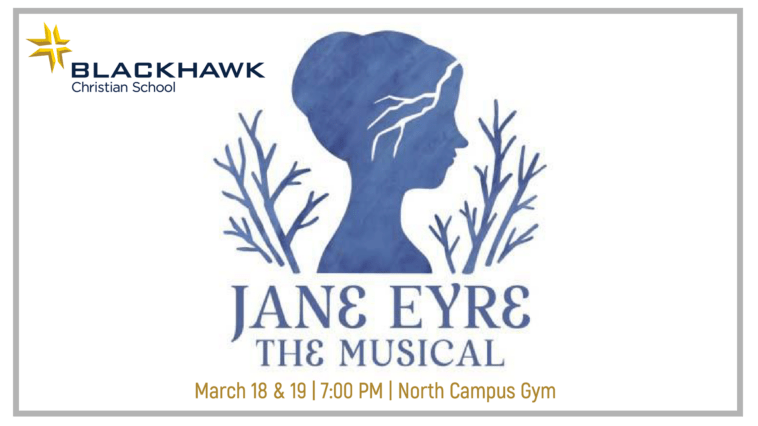 Join us March 18, 2022 or March 19, 2022 in the North Campus Gym. Performances at 7:00 PM with doors opening at 6:30 PM.
Blackhawk Christian Theatre will present the Broadway musical, Jane
Eyre on March 18 and 19, 2022. Jane Eyre was created by John Caird
(book and lyrics) and Paul Gordon (music and lyrics). The piece is based
on the Gothic novel by Charlotte Brontë. It originally opened at the
Brooks Atkinson Theatre in New York on December 10, 2000 and ran for
209 performances. The production garnered five Tony Award
nominations including best musical, best book and original score, best
actress and best lighting design. Marla Schaffel played Jane in the
original production winning a Drama Desk award for her portrayal.
James Barber played opposite her as Edward Rochester.

The BCT production features a cast of 23 high school and middle school
students. Junior Mackenna Gibson plays the role of Jane Eyre, with
senior Ryan Peroza supporting her as Rochester. The cast are under the
direction of Rich Luedeke; musical direction is provided by Darren
McKown. Stage managers are Zach Koepp (senior) and Joy Henderson
and Emma DiSalle (juniors). Tim and Kaden Marker serve as technical
directors. Set and costumes have been created by Joel Guthrie and
Danielle Tomell respectively. The show will be performed in the North
Campus gym of Blackhawk Christian Elementary School at 7400 East
State Boulevard. Performances begin at 7:00 with the doors opening at
6:30. Tickets will be available at the door: $10.00 for adults, $8.00 for
students.
Masks are optional for those attending this event. The auditorium will
not be set to accommodate social distancing. 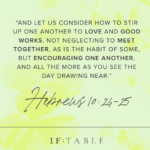