Ben Williams is Josiah Venture Ukraine president. He’s currently getting his family to safety and plans to return to Lviv with supplies.  Please pray for Ben and his family, Korban Miller with Josiah Venture in Poland and others who are helping people find Jesus during this dark time. And pray for all of the other families impacted by this crisis.

From Josiah Venture: Since before 2007, Josiah Venture has been involved in a disciple-making movement in Ukraine where we serve and partner with over 100 churches. This nation is no stranger to war, trial, and hard times; its eastern border with Russia has been under attack since 2014. However, around 5am on February 24th, 2022, Ukraine woke up to a full-scale invasion by the Russian Federation in Central and Eastern Ukraine. While the whole nation is still absorbing this shock, Josiah Venture leadership in Ukraine has been active in seeking the Lord and making several important decisions. Some Ukrainian staff members from western Ukraine are assisting hundreds of Ukrainians who are fleeing from danger. Two Ukrainian staff families live in areas that have recently been attacked and are taking appropriate safety precautions. Some of our second culture staff are currently sheltering outside Ukraine’s borders; others are staying in western cities at the moment to support the team and local churches. Join us in praying for the people of Ukraine in this difficult season. Read More 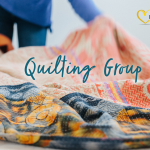 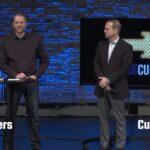